THERE ARE MANY TITILES YOU HAVE: SET DESIGNER, INTERIOR DESIGNER, ART DIRECTOR ETC, BESIDES ALL THESE, HOW DO YOU DEFINE YOURSELF

I am the creative director of Cobalto Studio and lead both departments, the Art Direction and the Interior Design department. My mission is tell a coherent narrative that our clients can identify within the two fields. I am also director of La Cobalta, an edition brand that serves as a means to express our ideas in design, lighting, books and craftsmanship.

IN KOREA, WE SAID, PHYSICAL SPACE IS OUR COSMOS. DO YOU THINK THIS APARTMENT IN BARCELONA IS A REFLECTION OF YOUR WORLD ?

When building my home, I specifically had an objective to reflect the essence of my work and also the values of what Cobalto Studio means. The influences were the cultural and artistic expressions of rationalist architecture, Spanish folklore as well as the crafts and popular culture of Mediterranean cultures. However diverse the sources of our inspiration can be, we always envision our work to accomplish a state of simplicity, in which the design is perceived only at a subtle level. This allows spaces to be lived in and with a sense of ease. We want them to be attractive, enveloping and accompanied by a selection of pieces around which you can dance and move freely.

The apartment is a loft located on a third floor, with an area of 160m2. It is an industrial building from the 70s. It is located in Poblenou, which is my favourite neighborhood in Barcelona. I like it because it is an area very close to the seaside and that has never stopped transforming. Since the arrival of the industrial revolution until today, with a wave of permutations in recent years that has turned empty lots and abandoned factories into spaces full of life.

WHAT KIND OF INTERVENTION HAS BEEN DONE?

It was an old warehouse and we carried out a total reformation from Cobalto Studio. We treated it as a blank canvas, a starting point from which to set our imagination free and synthetize our core values. We decided to only keep the perimeter wall, the ceiling, without any alterations along with the concrete pillars, as they were part of the basic structure.

WHAT IS MOST IMPORTANT PART YOU HAVE CONSIDERED DURING THIS INTERVENTION ?

To us it was really important to allow light to reach all of the corners in the space and this became the central condition in the distribution of the space. We also wanted to create a contrast of volumes and floor levels to create a joyful and vivid interrelation between the spaces indoors (specially the kitchen) and the terrace outdoors, as well as using plants to separate the bathtub from the dining room.

The main pieces in the apartment are 3 encirclable volumes that are what make the divisions of the rooms. Especially, the prismatic volume, a ceramic module that discovers a vital part of the house on each face. The apartment does not have any dividing wall so this volume acts as a divider for different rooms in the house.

YOUR ART STUDION CALLED « COBALTO STUDIO », INSPIRED BY MEDITERRANEAN COBALTO BLUE COLOR. CAN YOU TELL ME HOW DO YOU START IT AND WHY THIS NAME?

As a studio we start from a conception based on the cultural and sedimentary interrelation in the Mediterranean, that is the reason behind the name Cobalto Studio. The cobalt color transmits all the density of the sea. It is a solid, blocky color and very deep. In addition, cobalt was the pigment used in the doors and shutters of houses in the Mediterranean.

WHAT IS YOUR FAVORITE ALMODOVAR MOVIE AND WHY?

It’s very hard to pick just one of his films, but the one that has made the biggest impact on me is The Law of Desire (1987). I’ve watched it many times. Its bold and daring representation of male attraction and desire are still unparalleled today.

WHAT IS YOUR INSPIRATION (ANY KIND OF )

I often look for inspiration in the poems of Lorca, the paintings of Jean Cocteau, Pablo Ruiz Picasso, Miquel Barceló and Miró. Regarding young and contemporary artists I am lucky to be inspired by friends like Maria Prats, Clara Díaz and Adrià Cañameras. But most importantly I turn to local traditions, food and festivities in Spain and the Mediterranean that bring me joy and have become my personal obsession.

BECAUSE OF COVID-19; IT SEEMS LIKE MANY PROJECTS WERE POSPONED OR CANCELED IN ALL OVER THE WORLD. WHICH KIND OF PROJECT ARE YOU ON UNTIL THE END OF 2020?

We were lucky enough to finish in time a very special project for Formaje, a store for artisanal cheese in Madrid. We are currently working on an architectural project for a clothing store, also in Madrid. In addition to that we are also working in two interior design projects for two residences in Spain (Barcelona) and France (La Provence).

WHAT DOES IT MEAN ‘HOME’ TO YOU?

For me, when creating a space, the most important is that you feel in peace, loving and calm at your home. 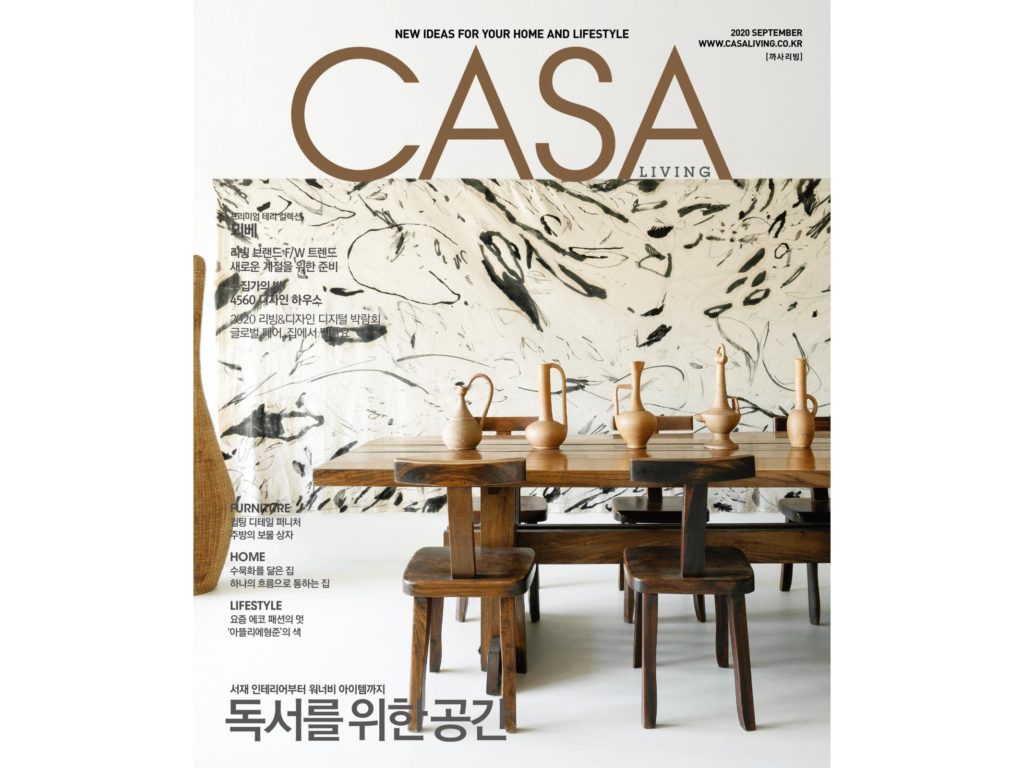 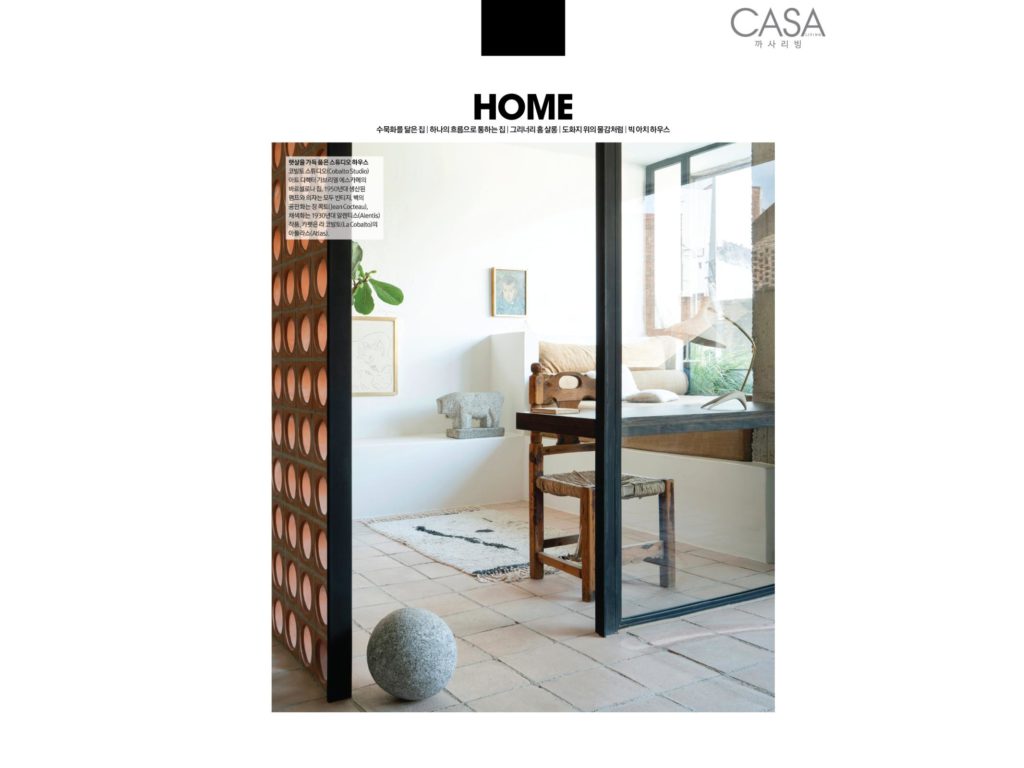 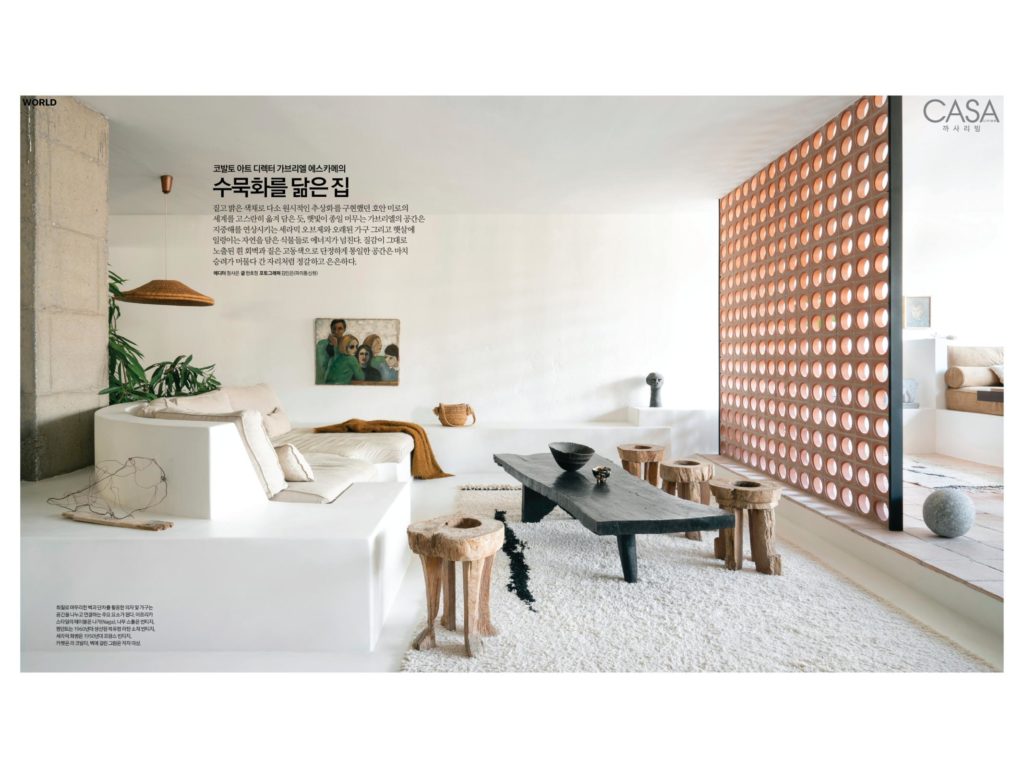 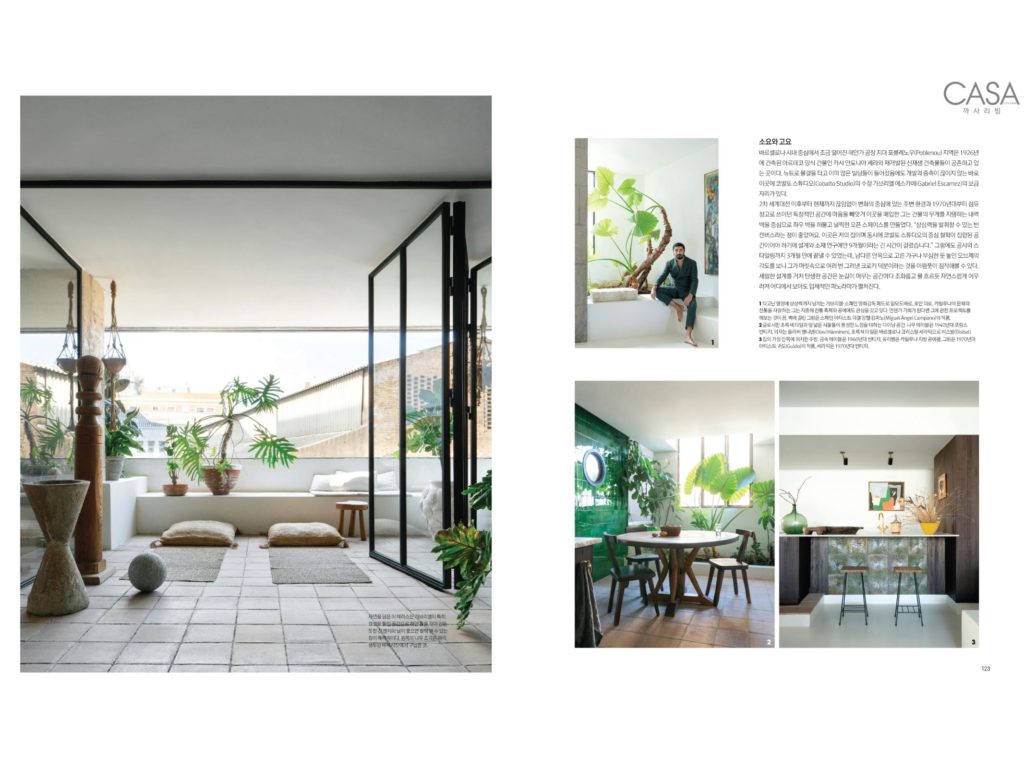 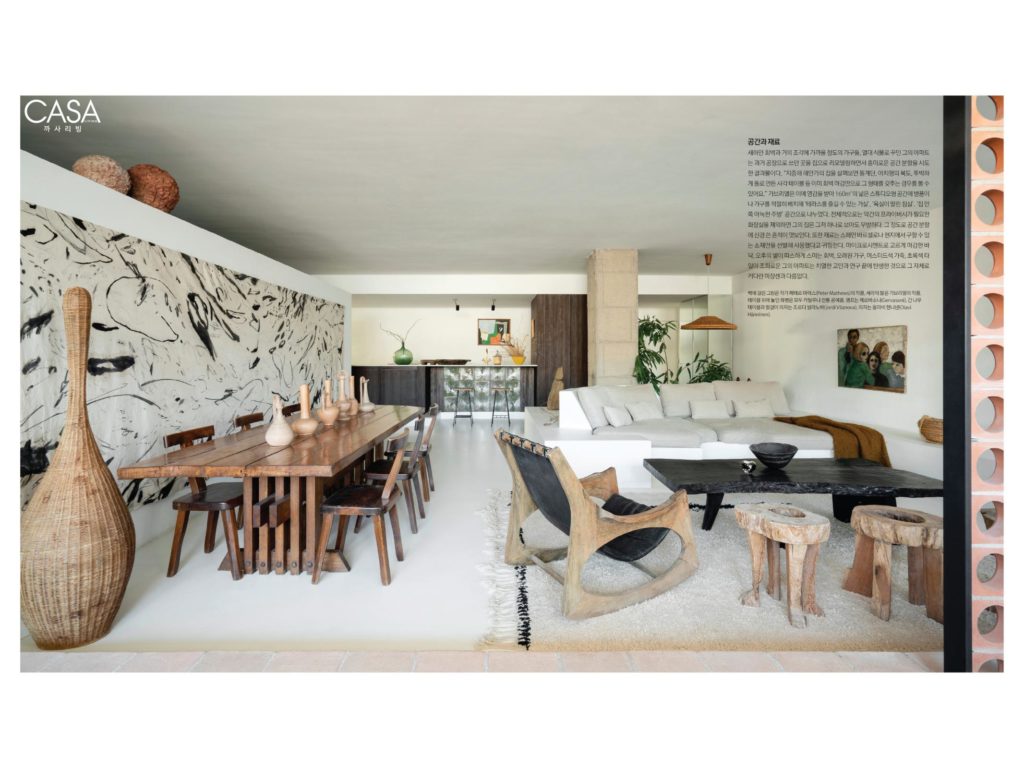 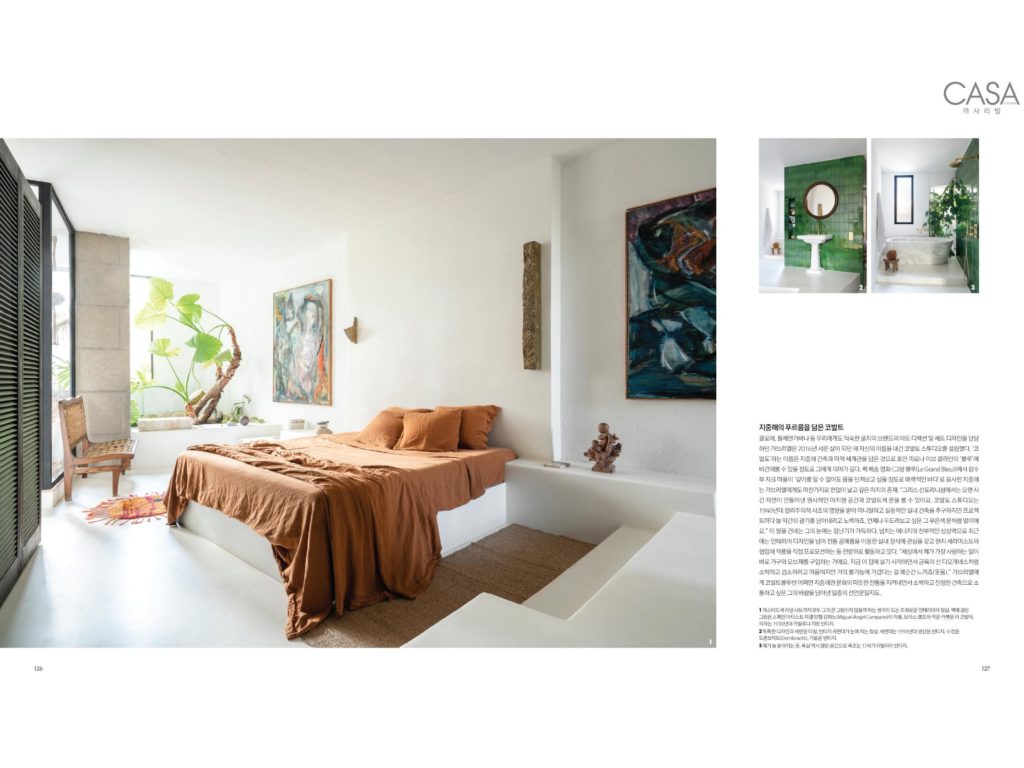